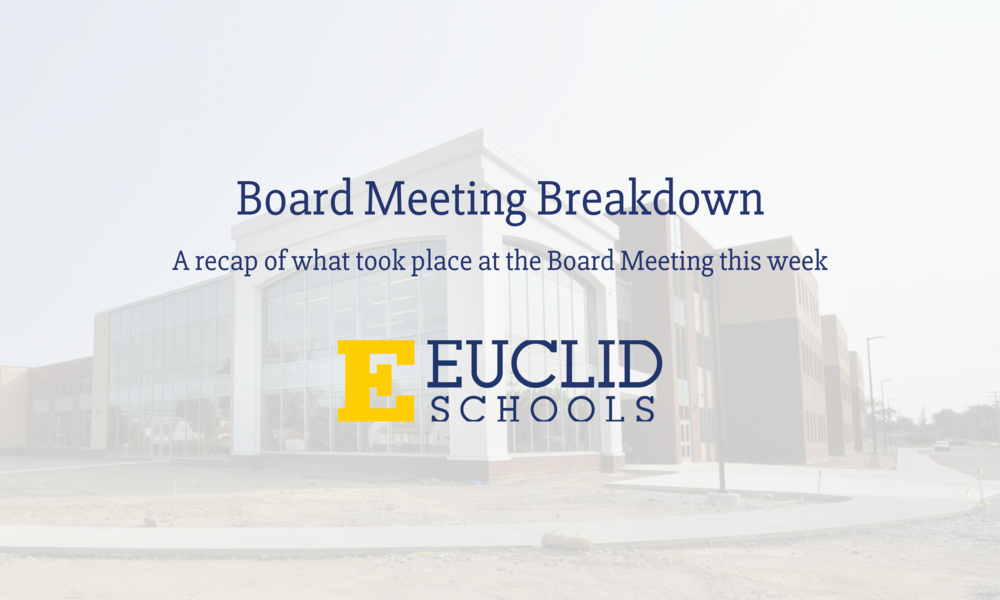 The Euclid Board of Education met on September 14, 2022, in the Early Learning Village Auditorium at 7:00 pm. 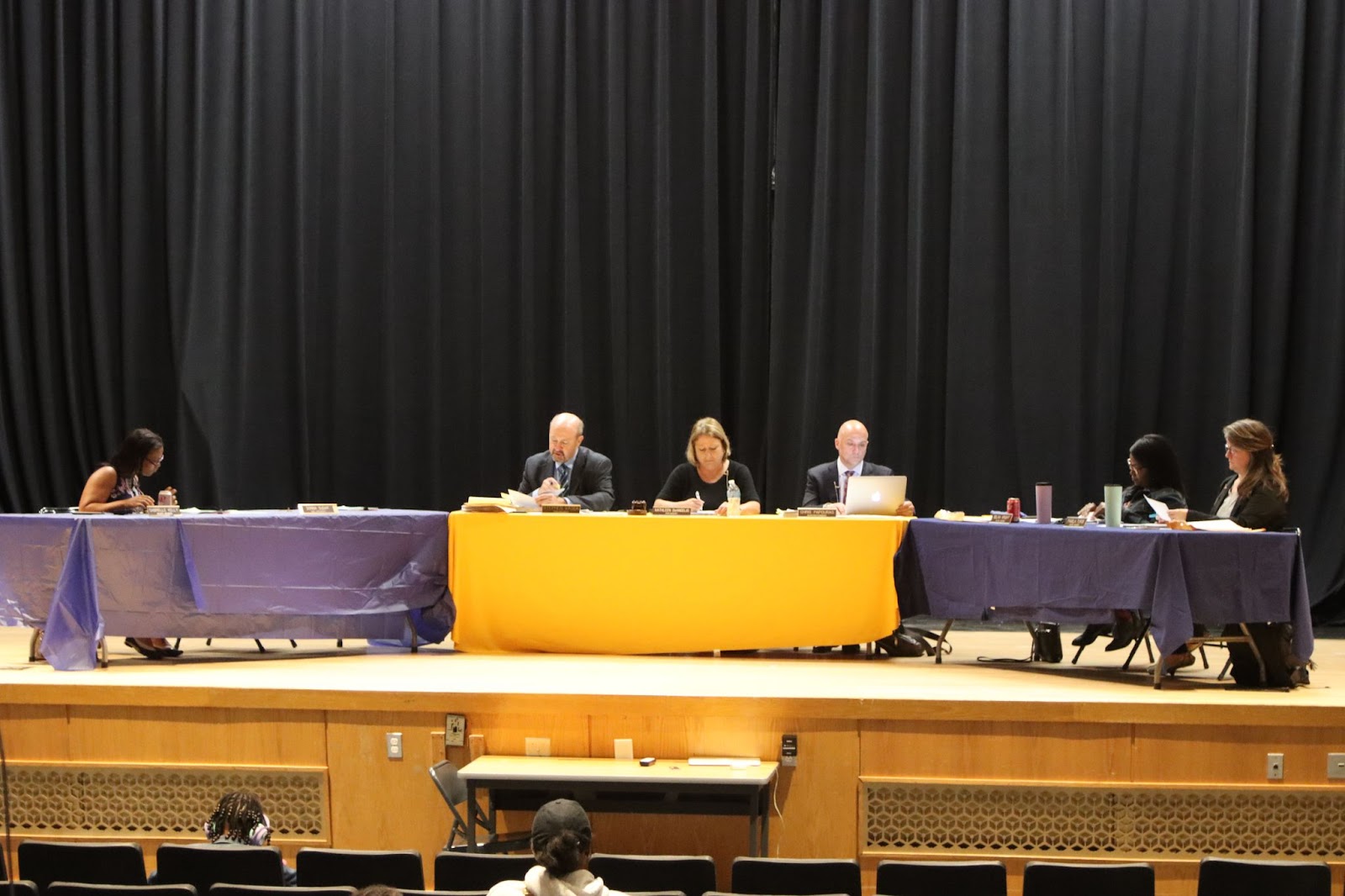 The meeting was called to order at 7:02 pm by Board President Kathy DeAngelis, followed by the Pledge of Allegiance.

Four Board Members were present. Vice-President Donna Sudar was unable to attend the meeting.

The Board reviewed and approved the agenda for the evening. They also adopted the minutes for the Board Meetings on August 10th, 24th and 31st.

Teachers that were recently hired were introduced to the Board that evening; in total 42 teachers were recognized. 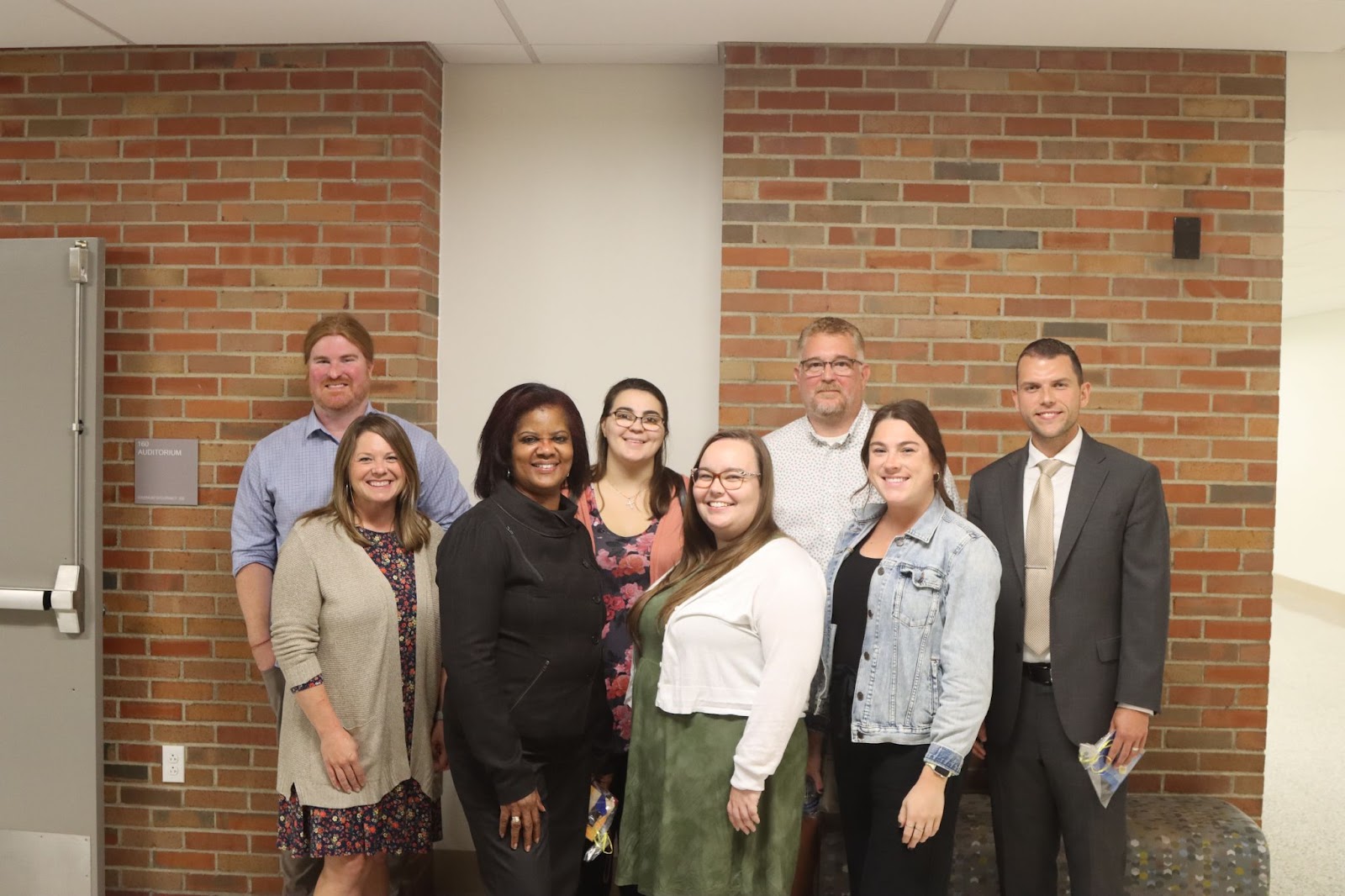 Reports and Recommendations of the Treasurer

This portion of the meeting covered the financial data of the district. Euclid Schools Treasurer Steve Vasek led the Board Members through District Financial statements.

“Year-to-date revenues in the general fund, through August, totaled $26.4 million compared to $23.4 million last year,” Vasek said. “Expenditures were $13 million compared to $9.5 million last year. Year-to-date expenditures will continue to exceed last year's, but part of that is an artificial increase as we switched our semi-monthly payroll dates. We will make up that excess in June.”

The Board also approved a resolution transferring $2.6 million in interest earnings to access funds from the most recent Bond Issue.

Reports and Recommendations of the Superintendent